To reduce CO2 emissions, we need to increase the production of low-carbon sources of energy. Renewable energy will play a key role in this decarbonization process. It does not come by chance that renewables are one of the fastest-growing electricity sources. However, there are significant challenges to overcome for the parties involved.

Government programs created stability in the market and increased the confidence of investors in renewable energies. Since public subsidies are decreasing, producers or developers of renewable energy plants are looking for alternative sales channels. Another risk component for energy sellers is the high price volatility of renewables.

Register for RE Wave 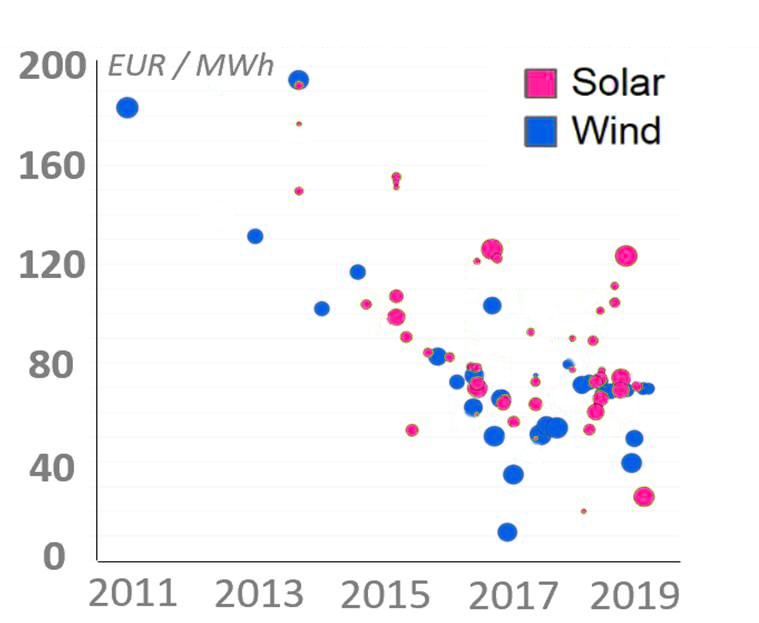 Decrease in subsidies for wind and solar in EUR/MWh

Many governments worldwide have implemented comprehensive support programs to promote renewable energy development, such as solar and wind power. These programs created stability in the market and increased the confidence of investors in renewable energies. The subsidies also provided power producers and developers of renewable energy plants with secure distribution channels.

However, today governments are increasingly phasing out subsidies, replacing feed-in-tariffs by an auction system. As the diagram shows, government subsidies in wind and solar have steadily decreased since 2011.

Feed-in tariffs are one of the most essential support mechanisms. They provide renewable energy producers with a fixed price for the power they produce. On the other hand, an auction is a competitive process for selling and purchasing power from a renewable energy plant. Power producers or project developers can submit a bid to the auction, in which they state the price for a unit of renewable electricity. The best bidders are then selected by the government according to price and other criteria.

For energy producers, the new auction system has various drawbacks. Due to an intense competition, auctions may lead to an underbidding. This in turn may result in low energy prices and thus in decreasing revenues. There is no longer a mechanism for power producers that secures them fixed prices for the power they generate. Decreasing subsidies thus result in an increasing risk for renewable energy producers to operate their plants profitably and efficiently.

Since public subsidies are decreasing, producers or developers of renewable energy plants are looking for alternative sales channels. One of the options is to find private or public renewable energy buyers, so-called offtakers. An offtaker is a corporate or an institution, including a utility, that wants to purchase the electricity produced by the renewable energy project.

Offtakers often commit to purchasing the renewable energy from the project for a long period, often up to 25 years. Creditworthiness of the energy buyer thus is crucial not only to the power producer but also to the investor and the financial institution issuing the loan for the project.

Another risk component for energy sellers is the high price volatility of renewables. Price volatility describes how quickly and widely energy prices may change in the energy market, depending on changes in supply and demand. When the power supply is more significant than the demand, then prices tend to go down. When the power demand exceeds the supply, then prices usually go up.

However, the growing share of renewables output in the energy market portfolio results in rising price volatility since energy generation from wind and solar plants highly depends on the weather conditions and is thus unpredictable.

For example, Enverus identifies the growing influence of renewable energies as a source of higher price volatility in major US energy markets, including California and Texas. Also, Covid-19 is seen to have impacted the price volatility of the renewable energy market. The EU observer sees the pandemic as a major cause for the growing price volatility of EU wind markets. Here an oversupply in electricity due to the crisis has triggered negative electricity prices. Especially markets with high wind generation output, like Germany and Denmark, are vulnerable to these hostile prices.

There surely are other issues, producers and developers of renewable energy assets have to deal with. This is just an outline of some major challenges, but it shows the great complexity of issues, energy sellers must master to find the right partners in the right markets.

What we at Think RE can do for you?

The team of Think RE helps energy producers and developers in dealing with these complex issues. We will find the right pricing strategy and distribution channels for you that fit your requirements and needs. Our extensive network of corporate buyers and utilities enables us to identify a suitable partner for you. In the case of debt financing, we will support you with the right funding for your project and, if you desire, help you in implementing additional hedging strategies. 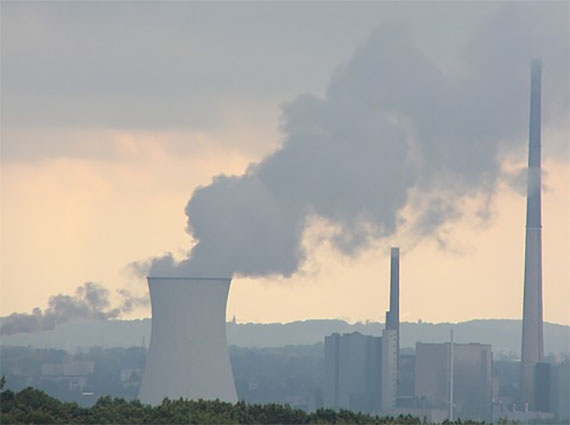 How are supply chains and gray power markets working?

What is a corporate Power Purchase Agreement?

Corporate PPAs are long-term contracts between a renewable energy plant owner and a corporate buyer for delivering green electricity and the corresponding Energy Attribute Certificates... 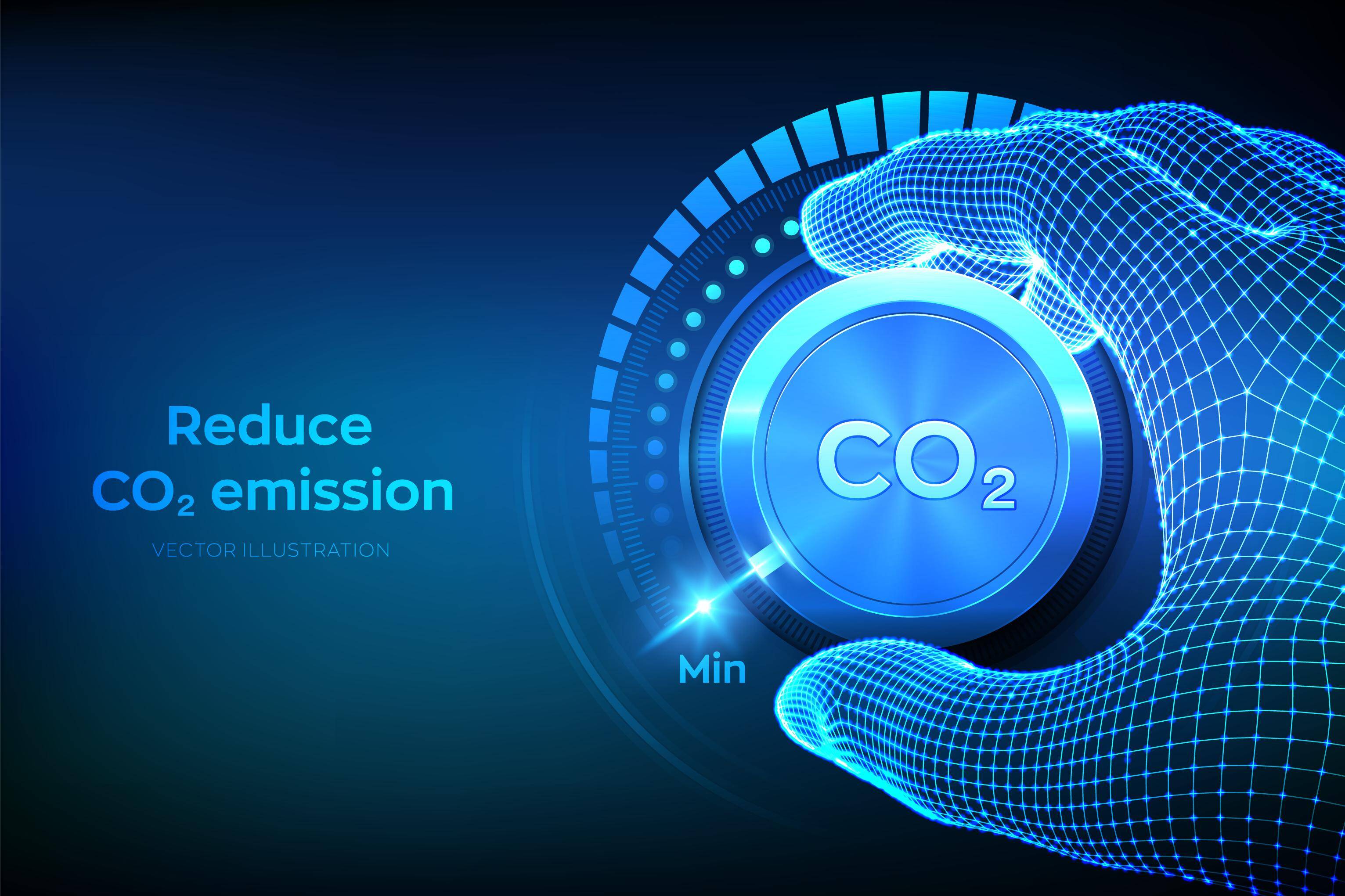 How to reduce your scope 2 emissions?