Unbundled Energy Attribute Certificates (EACs) occur if the owner of a renewable asset or a utility/energy trader sells the EAC separately from the underlying renewable energy output to a third party.

This EAC type is easy to purchase for corporates, but its pricing is intransparent since there is only a limited number of standardized markets providing prices being publically available.

Unbundled EACs are only a limited way for Off-takers (e.g., corporates or public institutions) to fulfill their climate targets. These instruments are lagging the direct connection to a particular power plant and cannot reliably prove sustainability. 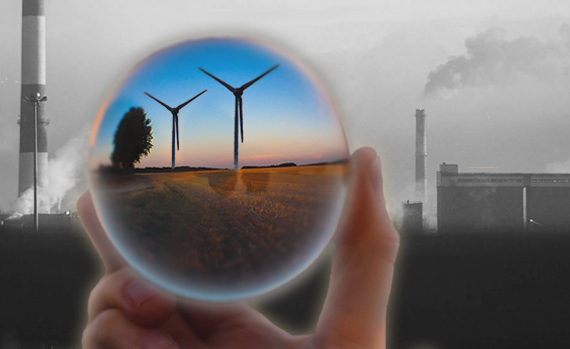 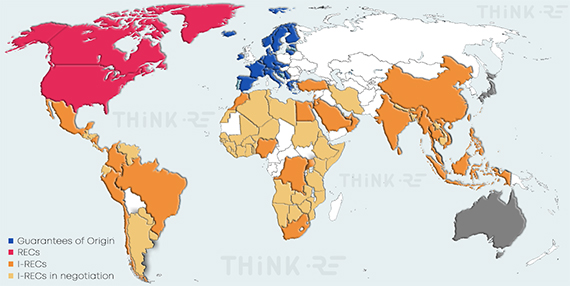 Basic structure of Unbundled Energy Attribute Certificates Source: Think RE GmbH, © Think RE GmbH
The potential bidders have to fulfill specific registration criteria according to the Terms and Conditions of the EEX. Therefore, only companies having signed a clearing contract with EEX, such as Utilities and Energy Traders, are allowed to bid for GOs, which are then bundled Green Tariffs / Utility PPAs.
Therefore, corporate Off-takers are not allowed to participate directly in those standardized markets.

Due to this limited direct access to EAC markets and the fact that bilateral transferred EACs usually are not publically available under Non-Disclosure Agreements, EAC markets are “over the counter” and less transparent for electricity consumers.

Some providers like Standard & Poor’s Global Platts started tracking the prices of so-called European Guarantees of Origin, the European EACs, in September 2019.

What is the meaning of unbundled EACs for Offtakers and IPPs?

For developers / independent power producers of renewable energy plants, unbundled EACs could be an additional revenue source that may coexist with the revenue of physically sold green electricity.
‍
These certificates are an easy way for Off-takers to reduce their reported market-based Scope 2emissions based on the international Greenhouse Gas (GHG) Accounting standard. Therefore, they are still a significant channel used by offtakers to reduce their reported Scope 2 emissions, according to the International Renewable Energy Agency (IRENA).
‍
However, offtakers are still unable to show the reduction of their global footprint directly. Thus, unbundled EACs are sometimes related to “greenwashing” due to the missing relationship between electricity consumption and its impact on the energy transition. Due to this fact, unbundled EACs are only a limited alternative for offtakers to fulfill their climate targets and become a Renewable Champion.

According to the International Renewable Energy Agency (IRENA), the estimated global EAC volume contracted annually over secondary markets accounts for more than 130 TWh equalling approx. 2% of the global renewable energy generation. Therefore, unbundled EACs are one of the major channels used for fulfilling offtakers’ sustainability and climate strategy.

Global Overview of Unbundled EACs   Disclaimer: The countries shown in the table do not imply any acceptance, advise, or endorsement by Think RE GmbH.    Source: Think RE GmbH, © Think RE GmbH